It is set in a small town close to the Bristol Channel, not long after the war; and it spins around the family of a Bohemian artist, a more conventional young married couple with a new baby, a number of their friends and neighbours, and its catalyst is a remarkable work of art.

The story begins as an apocalyptic thunderstorm rages over the town. The residents, horribly reminded of wartime bombings, huddle in their houses; but when they look outside only one thing has changed. A huge tree near the home of abstract sculptor Conrad Swann has been struck by lightning and is split in two.

When his wife died, leaving him with three young children, the sculptor had ran away from London to the country with the wife of his agent and his oldest friend, Frank Archer. Elizabeth, the mother of twins who came along with her, had been an actress, but her beauty was faded and she was drawn to of alcohol and idleness. Ten year-old Serafina Swann was left to manage the house and the four younger children as best she could. Serafina was bright, she did her best, but the the family’s new home was beginning to decay. 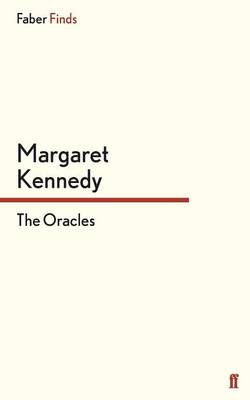 The tree had been the children’s refuge, where they hid from their fathers work, which they saw as malevolent ‘artifaxes’. Imagine their horror when they saw that it had been struck, and that in his branches was a horrible new creation. Serafina took charge, hauling the strange form of distorted arms and legs and hiding it in the shed, pushing a new work of her father’s that was to be collected for an exhibition well out of the way.

Only Joe, the youngest of the children realised what it was – the remains of the chair they had used to climb into the tree – but when he shouted at it nobody seemed to be listening.

Meanwhile, Christina Pattison was happy with her new home, her new baby, and her role as the perfect housewife. She was only a little worried that her husband Dickie might feel a little left out, might be a little less than happy. She was right. Dickie hadn’t really wanted to come back to his home town after the war, but his mother had died and so he felt that he had to, for the sake of his elderly father.

Dickie, eager for new experiences and new friends, was glad to accept an invitation to a party to celebrate the completion of Conrad Swann’s latest work. Christina was reluctant. She clung to convention, she worried about the children in that most unconventional of households, and she had no taste for modern art. Dickie went to the party alone, and rolled home the next morning with a hideous hangover.

Conrad Swann had disappeared. It was said that he was going to Mexico, but Frank Archer, who had come to face his friend for the first time since he absconded, pointed out that he didn’t have the means to get very far from home at all. He was right, but that’s another story. Elizabeth wept and wailed, and Frank enlisted Dickie to keep the party going, with the help of a crate of brandy that he found in the kitchen. The supposed next artwork – actually the children’s artefax – was unveiled, and the company was astounded by the sculptor’s radical new direction.

Martha Rawson, Swann’s would be patron is eager to celebrate and promote the wonderful new work. Architect, Alan Wetherby, who bought an earlier work in unconvinced, and eventually he will uncover the truth.

While that is happening Elizabeth abandons her household, Conrad finds a new life in the country, Serafina struggles to look after herself and the younger children, and – as sides are drawn in the dispute over the new artwork – the Christina becomes more conventional and Dickie more determined to explore new possibilities.

The satire is lovely – and I was pleased that Margaret Kennedy was satirising the people rather than the art – and there is much more here to appreciate.

The plot is cleverly and elaborately constructed, and the outcomes are unexpected.

Margaret Kennedy draw her characters so well, and she is at her most clear-sighted in this book. Some are lightly sketched, others are drawn with much more detail, but all are real fallible human beings. That made it easier for me than I expected to believe this rather improbable story.

The portraits of Christina and Dickie as their marriage reached crisis point, and Christina finally realised that she had to learn to change and make compromises, was wonderful.

Serafina Swann, who was thrilled when a lady at church described her as ‘a little mother’, who had to cope somehow when the adults abandoned the children of her family, who was so worried when she thought that her next home might not have enough books, was a marvellous creation, and one my favourite Margaret Kennedy characters. I should love to spend a little more time with her, and know rather more about her future.

I was disappointed that neither Conrad nor Elizabeth were ever held to account for abandoning their children.

The way that the story played out made me realise why much of that had to be though.

And when I look back at this book as a whole, I realise that I found much to love and much to admire.

Now, please do tell me if you’ve read  – or if you’re reading – a book for Margaret Kennedy Day.

I’ll post a round up in a few days.

And please don’t worry if you haven’t found a book or haven’t been able to read for this particular celebration  – Margaret Kennedy posts are welcome on any day of the year!