I hadn’t read Patricia Highsmith for years, but when she was added to the Virago list I realised that there was more to her backlist than I had realised, and that it really was time I did a little more reading.

This book was the one that caught my eye in the library catalogue  – I liked the cover and I liked the title – and now that I’ve read it I have to say that it isn’t her best work but it was a lovely reminder of how good, how dark and how intriguing she can be.

Sidney Smith Bartleby is an American writer who has been blessed – or maybe cursed – with an exceptionally active imagination, and yet he has found little success

He married an English girl after a very short acquaintance, because he didn’t want her to go home without him, and so he went home with her. They settled in a remote cottage in Suffolk, with the idea in mind that the quiet countryside would be the perfect place for them to develop their artistic talents and their respective careers.

Neither the marriage nor the new home could be considered a success.

Alicia spends her time painting without any concern about where money is going to come from or any need to think about selling her work. She is the much loved only child of wealthy parents, they made a substantial contribution towards the purchase of the cottage, and she has a small private income at her disposal. 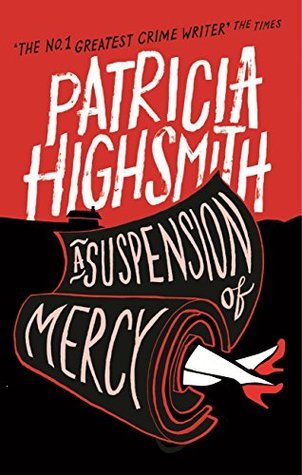 She was unimpressed by Sydney’s failure to find a publisher for his new novel, and she didn’t believe that the screenplays he wrote with a collaborator, Alex who had a steady income from a London publishing job, would be any more successful.

The whole situation was unhappy. Her waspishness and his uneven temper, isolation broken only when friends from London visited, a lack of anything much to do at other times, had left their marriage close to breaking point.

Sydney and Alicia were both rather pleased when Mrs Lilybanks, an elderly widow with a heart condition, moved into the only nearby house that had stood empty for quite some time. The new neighbours got on very well, but it wasn’t long before Mrs Lilybanks realised that the Bartlebys weren’t at all happy with each other.

Alicia coped by taking short holidays without her husband, and it wasn’t long until the day came when she didn’t come back.

Sydney wasn’t too worried because it gave him more time to work on his novel and he was working on ideas for a new televison crime drama that both he and Alex thought was a sure fire success.

His ideas for new episodes of his crime series began to get mixed up with his fantasies of killing his wife, and the line between fact and fiction began to blur.

‘Sometimes he plotted the murders, the robbery, the blackmail of people he and Alicia knew, though the people themselves knew nothing about it. Alex had died five times at least in Sydney’s imagination. Alicia twenty times. She had died in a burning car, in a wrecked car, in the woods throttled by person or persons unknown, died falling down the stairs at home, drowned in her bath, died falling out the upstairs window while trying to rescue a bird in the eaves drain, died from poisoning that would leave no trace. But the best way for him, was her dying by a blow in the house, and he removed her somewhere in the car, buried her somewhere, then told everyone that she had gone away for a few days, maybe to Brighton, maybe to London.’

Sydney recorded some of his murderous ideas in his journal, and he even bought a new rug so that he could use the old one to test his plan for secretly burying the body!

It was understandable that when Sidney couldn’t say where his wife had gone and when she didn’t receive the letter that Alicia had promised she felt that something must be terribly wrong and she should raise the alarm.

It was extremely unfortunate that her poor, weak heart was put under so much strain …

Sidney didn’t notice, because his crime series had been commissioned and he was completely caught up in scenarios that were becoming more and more elaborate and fantastical.

The set-up of this story was so good. The writing was clear and lucid, the plot was cleverly constructed, and I wasn’t quite sure what was real and what was fantasy, or just where the story might be going.

The interesting characters I had met began to seem more like plot devices.

The different responses of Mrs Lilybanks and Alex rang true, and so did the way that the net began to close around Sidney.

The plot moved inexorably on, I had to keep turning the pages, until I reached a startling ending that made me think again about what had gone before.

There was three-quarters of a really good book here; not Patricia Highsmith at her best, but more than enough to remind we of how very good she can be and make me want to read more of her work.

10 thoughts on “A Suspension of Mercy by Patricia Highsmith (1972)”