When I read Ali’s warm words about Sheila Kaye-Smith’s Joanna Godden I remembered how warmly I felt about it too; and I thought that it really was time I read another of Sheila Kaye-Smith’s novels.  I’ve read a couple but I still had a lots to choose from, because I had been lucky enough to pick up what must have once been somebody’s prized collection in a book sale a few years ago.

I hoped that I might find a book from one of those tricky earliest years of the twentieth century for my 100 Years of Books project –  and I did!

I was a little wary, because the plain little hardback book that I picked up was a very obscure early work ; but when I began to read I was quickly caught up with the story and the characters, and so I had to turn the pages quickly to find out what would happen.

This is the story of Miles Starbrace; the son of a gentleman and a serving maid who died when her son was so young that he has no memories of her. His father, Gerald, had done the honourable thing, telling his his father that he was going stand by the woman that he loved, and that he would support their child. His father disowned him and Gerald fell a long way, because he had no aptitude for letters or numbers and so he struggled to find the employment that he needed to support his wife and son.

In the end he found employment as a shepherd, and he was not unhappy to be doing honest work in the countryside, but he did struggle with poverty and with his motherless son. Gerald’s greatest hope was that Miles would rise in the world, and regain everything that his father had lost; and so he did his best to educate the boy, to instill good manners, and to make sure that he spoke well. Miles wasn’t much interested in all of that. He knew little of his father’s past, but he loved the world around him; and, because he was free to do as he liked for many of the long hours when his father was with his flock, he grew into a wild and headstrong young man.

Horses were Miles’ greatest love; and the greatest day of his life was the day  when he had been given a horse so that he could join the hunt, and when he had been able to come to the aid of the squire’s lovely daughter, Theodora, who he had always admired from afar. They had made their way home together, and they had an encountered a man who she told him was quite disreputable, and his French lady love, along the way.

When Gerald fell ill Miles did his best to cope, but his father knew that their future was bleak. He swallowed his pride and, for the sake of his son, he asked his father for assistance. Sir John Starbrace agreed, but his help came at a price. He told his son that he would take in Miles and educate him, but that Gerald must retire to the continent for a few years to contemplate the error of his ways.

Miles hated the plan but his father convinced him that they had no choice; and the prospect of having a horse of his own and being near to the house where Theodora was staying with an aunt led him to accept the plan. 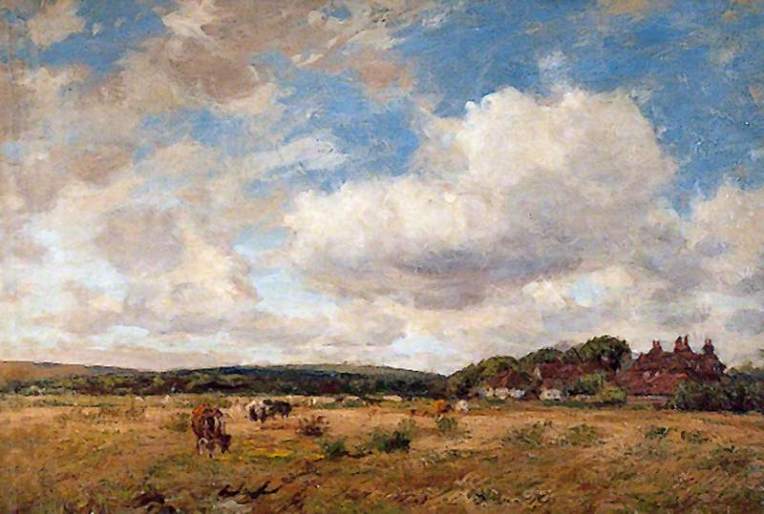 It was a disaster. The conventional and unsympathetic clergyman charged with Miles’ education tried to break his spirit; but Miles would not compromise and his spirit would not be broken. His love for his horse and that his new position allowed him to visit Theodora held him for a while, but one day he lashed out at his tutor. He thought that he had killed him, and so he mounted his horse and rode away.

Eventually they had to stop, and when they did Miles saw a familiar face. Michael Daunt, the man he had encountered on that wonderful day with Theodora, recognised him and he told him that the chaplain had died and that he must leave his old life behind. It wasn’t true but it allowed him to draw the young man into his band of highway robbers.

Theodora tried to reach Miles and to help him, but she couldn’t save him. He was arrested and only his grandfather’s influence prevents him from going to the scaffold. That finally broke his spirit, and then he and his horse were doomed ….

The story kept me turning the pages, but I have to say that this is the work of an author who has not fully mastered her craft.

The plot is well constructed but it needed a bigger book to stretch out and develop properly; the influence of books she must have read as a young woman is all too clear; and the drawing of the characters and their relationships needed more subtlety and sophistication.

There was much to appreciate. The relationship between Miles and Gerald was complex and interesting. I loved Theodora – an intelligent young woman who was willing to bend the rules of society and had the wisdom not to break them – and could have happily spent much more time with her. But there wasn’t enough.

The book is well written, the evocation of the Sussex countryside is lovely, and the mood of the story is exactly what it should be. I think that there is more than enough here for early readers to see promise and wonder what Sheila Kaye-Smith might go on to write.

She expressed what I want to say perfectly in the introduction to a later edition of this book:

‘Starbrace is the work of a young girl, whose experience of life was small though her appetite for it was immense.’