It all started with an apple. Trouble often does, I suppose, and this apple was a real troublemaker – a Pendragon, red-fleshed and sweet, that I stole from someone else’s orchard.

I don’t know why I chose that particular day to make my way over to the island. After years of staring longingly across the water, it suddenly seemed urgent that I make it there, that I put my foot on the shore. When I arrived I practically fell into the orchard, plucking the shiny red apple from the branch without a second thought. With the first bite of that apple I was lost.’

From ‘A Sky Painted Gold’ by Laura Wood

A shower of apples fell down around her as she tested the first branch. But it was strong enough to hold her. She took a deep breath and swung up. The bark scraped and furrowed her shins and thighs and stomach as she threw herself into the gnarled arms of the tree.

She had to scramble painfully for every foothold and handhold. Once a branch broke with a groan under the trusting sole of her foot and she hung in agony by her hands, hung up between earth and heaven, kicking blindly for a safe, solid thing in a world all shifting leaves and shadows. Apples tumbled continually as she moved, and the waning moon blinked between leaves that thrust leathery hands spitefully into her eyes and into her gasping mouth.

From ‘The Magic Toyshop’ by Angela Carter

But surely Adam can not be excused,
Her fault though great, yet he was most to blame;
What Weakness offered, Strength might have refused,
Being Lord of all, the greater was his shame:
Although the Serpent’s craft had her abused,
God’s holy word ought all his actions frame,
For he was Lord and King of all the earth,
Before poore Eve had either life or breath.

Who being framed by God’s eternal hand,
The perfectest man that ever breathed on earth;
And from God’s mouth received that straight command,
The breach whereof he knew was present death:
Yea having power to rule both Sea and Land,
Yet with one Apple won to loose that breath
Which God had breathed in his beauteous face,
Bringing us all in danger and disgrace.

From ‘Eve’s Apology in Defense of Women’ by Amelia Lanyer 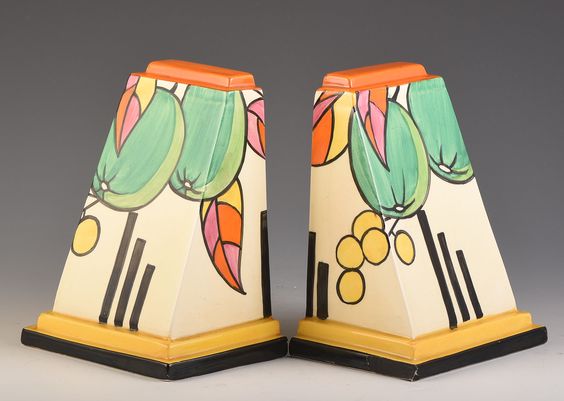 “And when I brought out the baked apples from the closet, and hoped our friends would be so very obliging as to take some, ‘Oh!’ said he, directly, ‘there is nothing in the way of fruit half so good, and these are the finest looking home-baked apples I ever saw in my life.’ That, you know, was so very — And I am sure, by his manner, it was no compliment. Indeed they are very delightful apples, and Mrs. Wallis does them full justice — only we do not have them baked more than twice, and Mr. Woodhouse made us promise to have them done three times — but Miss Woodhouse will be so good as not to mention it. The apples themselves are the very finest sort for baking, beyond a doubt; all from Donwell — some of Mr. Knightley’s most liberal supply. He sends us a sack every year; and certainly there never was such a keeping apple any where as one of his trees — I believe there is two of them. My mother says the orchard was always famous in her younger days. But I was really quite shocked the other day — for Mr. Knightley called one morning, and Jane was eating these apples, and we talked about them and said how much she enjoyed them, and he asked whether we were not got to the end of our stock. ‘I am sure you must be,’ said he, ‘and I will send you another supply; for I have a great many more than I can ever use. William Larkins let me keep a larger quantity than usual this year. I will send you some more, before they get good for nothing.’ So I begged he would not — for really as to ours being gone, I could not absolutely say that we had a great many left — it was but half a dozen indeed; but they should be all kept for Jane; and I could not at all bear that he should be sending us more, so liberal as he had been already; and Jane said the same. And when he was gone, she almost quarrelled with me — No, I should not say quarrelled, for we never had a quarrel in our lives; but she was quite distressed that I had owned the apples were so nearly gone; she wished I had made him believe we had a great many left. Oh! said I, my dear, I did say as much as I could. However, the very same evening William Larkins came over with a large basket of apples, the same sort of apples, a bushel at least, and I was very much obliged, and went down and spoke to William Larkins and said every thing, as you may suppose. William Larkins is such an old acquaintance! I am always glad to see him. But, however, I found afterwards from Patty, that William said it was all the apples of that sort his master had; he had brought them all — and now his master had not one left to bake or boil. William did not seem to mind it himself, he was so pleased to think his master had sold so many; for William, you know, thinks more of his master’s profit than any thing; but Mrs. Hodges, he said, was quite displeased at their being all sent away. She could not bear that her master should not be able to have another apple-tart this spring. He told Patty this, but bid her not mind it, and be sure not to say any thing to us about it, for Mrs. Hodges would be cross sometimes, and as long as so many sacks were sold, it did not signify who ate the remainder. And so Patty told me, and I was excessively shocked indeed! I would not have Mr. Knightley know any thing about it for the world! He would be so very — I wanted to keep it from Jane’s knowledge; but unluckily, I had mentioned it before I was aware.”

From ‘Emma’ by Jane Austen

Set the oven to 200°C / 400 °F. Prepare the apples by cutting off the top and then, using a sharp small knife or apple corer, scoop out the seeds and core in the center of each apple. Use a small spoon to scoop out enough apple flesh to make room for the porridge. (The flesh can be chopped and mixed into the oatmeal before filling the apples). Rub the inside of the apples with a little lemon juice and place them in a baking tray with high sides.

Add all the oatmeal ingredients except butter and to a medium sized sauce pan and bring to a boil while stirring. Lower the heat and cook until creamy. Stir in the butter (or coconut oil) and almonds towards the end and then fill the apples with the oatmeal, top with a pinch extra cinnamon and put the apple tops back on. Add 2 tbsp water to the bottom of the baking tray and bake for 25-30 minutes or until the apples are soft. Keep an eye on the oven as different apple varieties need different baking time.

Serve the apples on a plate, topped with a dollop yogurt, chopped almonds, cinnamon and a drizzle of ginger honey.

‘Notes on an Empire’ by Sean Beavers

I went out to the hazel wood,
Because a fire was in my head,
And cut and peeled a hazel wand,
And hooked a berry to a thread;
And when white moths were on the wing,
And moth-like stars were flickering out,
I dropped the berry in a stream
And caught a little silver trout.

Though I am old with wandering
Through hollow lands and hilly lands,
I will find out where she has gone,
And kiss her lips and take her hands;
And walk among long dappled grass,
And pluck till time and times are done
The silver apples of the moon,
The golden apples of the sun.

‘The Song of Wandering Aengus’ by William Butler Yeats 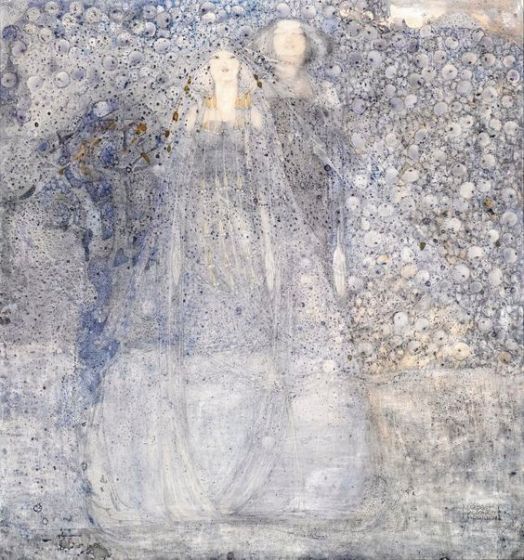 ‘The Silver Apples of the Moon’ by Margaret MacDonald Mackintosh

There were two orchards belonging to the old house. One, that we called the “wild” orchard, lay beyond the vegetable garden; it was planted with bitter cherries and damsons and transparent yellow plums. For some reason it lay under a cloud; we never played there, we did not even trouble to pick up the fallen fruit; and there, every Monday morning, to the round open space in the middle, the servant girl and the washerwoman carried the wet linen – Grandmother’s nightdresses, Father’s striped shirts, the hired man’s cotton trousers and the servant girl’s “dreadfully vulgar” salmon-pink flannelette drawers jigged and slapped in horrid familiarity.

But the other orchard, far away and hidden from the house, lay at the foot of the little hill and stretched right over to the edge of the paddocks – to the clumps of wattles bobbing yellow in the bright sun and the blue gums with their streaming sickle-shaped leaves. There, under the fruit trees, the grass grew so thick and coarse that it tangled and knotted in your shoes as you walked, and even on the hottest day it was damp to the touch when you stopped and parted it this way and that, looking for windfalls – the apples marked with a bird’s beak, the bruised pears, the quinces, so good to eat with a pinch of salt, but so delicious that you could not bite for sniffing . . .

From ‘The Apple Tree’ by Katherine Mansfield

‘The Golden Apples of the Sun’ by Edmond Dulac

Life will break you. Nobody can protect you from that, and living alone won’t either, for solitude will also break you with its yearning. You have to love. You have to feel. It is the reason you are here on earth. You are here to risk your heart. You are here to be swallowed up. And when it happens that you are broken, or betrayed, or left, or hurt, or death brushes near, let yourself sit by an apple tree and listen to the apples falling all around you in heaps, wasting their sweetness. Tell yourself you tasted as many as you could.

From ‘The Painted Drum’ by Louise Erdrich

6 thoughts on “A Seasonal Collection: Apples”