In the beginning I was captivated by this book.

Even before I started to read I loved the sound of it, I loved the cover, I loved that the author shared her name with my grandmother ….

The first chapter spoke to my heart and my head, as a woman wrote of the joy and the pain of finding a mother who had been lost to her for many years, and of living with somebody she both knew and felt was a stranger, because the passage of time, things that had happened to her, and the coming of old age had left her mentally damaged.

It was profound, and it was richly, beautifully and distinctively written.

“I’d always understood that the past did not die just because we wanted it to. The past signed to us: clicks and cracks in the night, misspelled words, the jargon of adverts, the bodies that attracted us or did not, the sounds that reminded us of this or that. The past was not a thread trailing behind us but an anchor. That was why I looked for you all these years. Not for answers, condolences; not to ply you with guilt or set you up for a fall. But because – a long time ago – you were my mother and you left.”

I realised that I was reading one of those books that remind you that every single person you might pass in the street, however unremarkable they might look, however eccentric they may look, has a whole life story of their own, their own world view, and maybe a story to tell. 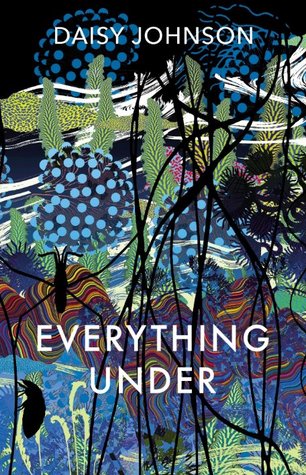 The story that this book has to tell moves backwards and forwards in time, held together by a thread that follows the daughter as she searches for her mother and tries to understand what shaped her life and what made her leave her life  – and her daughter – behind. She meets people who had roles to play in her mother’s life story, and ultimately she learns some of her mother’s deepest and darkest secrets.

This  isn’t an easy story to explain, there is a great deal that is open to different interpretations, and what happens in the story isn’t as important as what the story has to say and how it says it.

It speaks of the complexity of the bond between mother and daughter; a bond that can be twisted out of shape by actions or circumstances, that allows roles to shift or even be reversed, but that can never be broken.

It speaks of the importance of language, of how it can be a joy, of how words can mean so much, of how they can make things clear but they can also make things opaque; and about how a child who shared an invented language with her mother might grow up to be a lexicographer.

There is a reversal, a reaction there, and this book is full of reversals and reactions.

There is folklore too, and a wealth of symbolism.

I loved the telling of the tale, the way pictures of lives were gradually built up from different pieces, and the way that some things came into the light while others remained in the shadows. The way that Daisy Johnson wrote, the way that she created this book, makes me want to describe her as an alchemist.

I wish I didn’t have to write anything negative, but I must.

One of the threads that runs through this book is the retelling of a very old story. It wasn’t wrong, but it was too literal and in the latter part of the book I couldn’t help thinking that it had compromised some of the characters and their stories and that a less literal retelling might have been much more effective.

Some of the ambiguity and opacity of this book is by design; but some of it is because rather too much had been crammed into it. And I think that is why I found so much to love but I couldn’t love the book as a whole in the same way.

I understand why this book has been lauded, and I might have found its failings easier to forgive if I had been a younger reader who hadn’t read many of the authors who must have infLuenced her.

That said, I will rush to read whatever Daisy Johnson write next; because when she finds right balance between language and ideas and story the results should be sublime