I was drawn to this book by its intriguing title, by its beautiful cover, and by the promise of a story in which books were fundamental. They were but they were books quite unlike any that I had ever read. They were books that held dark secrets and unhappy memories; drawn out from peoples minds and bound into the elegant leather-bound volumes by Bookbinders, so that memories were erased, secrets were concealed and the troublesome pasts were securely locked away.

The story was set in a place somewhere like the British Isles, a hundred or so years ago. Young Emmett Farmer had always worked on his family’s farm, but he was summoned to begin an apprenticeship as a Bookbinder. He didn’t want to go, he  didn’t want to take up an occupation his friends and neighbours viewed with fear and suspicion, but he had been told that he had a vocation and so he had no choice.

Emmett learned his craft slowly, under the watchful eye of an old woman. She told him that he was following a sacred calling, and she stored rows upon rows of books that she had bound over the years over the years in a secure vault below her workshop. But Emmett would find that there were Bookbinders who were much less scrupulous, who would trade in books and exploit their contents. 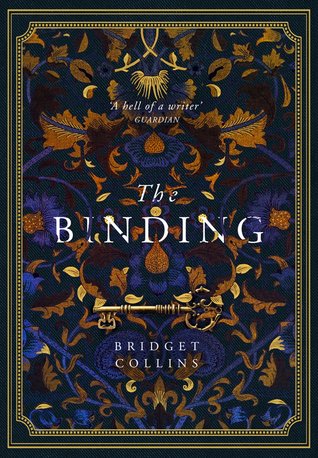 Then, just as he had begun to settle into his new life and occupation, he made an extraordinary discovery: there was a book in the vault that had has his name on it ….

The concept was intriguing, and the story that played out in three acts explored the questions and issues that spun around that concept wonderfully well.

What might be the consequences of not remembering, of cutting parts of a life away?

Was it fair that the wealthy and powerful were able to buy books and learn things about other people that they didn’t know themselves?

Was there a danger that people could be pushed towards Bookbinders for the wrong reasons, for the benefit of others not themselves?

What would happen if people who had had all of their memories of each other bound into books met again?

The story speaks profoundly of love and loss, and it speaks quite naturally of issues that are very relevant today – the class divide, homophobia, the abuse of power, sexism ….

I wish that I had liked it more than I did.

I couldn’t warm to the protagonists, maybe because their backgrounds, their lives and relationships, weren’t fully drawn and I only learned what was necessary to move the story that was being told forward.

That story was well told, but it was predictable in places and there were too many times when I knew what was going to happen and wished things would move forward more quickly.

I think that I might have been the wrong reader for this book; and that my expectations of what it would be were wrong and that the magic I hoped to find was of a different kind.

But I also think that a bit more editing and an opening out of the story would have made this a much better book.

Leave a Reply to Jane @ Beyond Eden Rock Cancel reply