I think that the best books are the ones that capture all or part of a life – or lives – with real insight and beautiful expression, and that the very best books do all of that and say something important to its first readers and to readers who come to it years and years later.

This is one of the very best books; telling the story of a pioneering young woman scientist who becomes deeply involved in the campaign for votes for women.

Ursula had been born into a well-to-do London family, toward the end of the 19th century. Her father had died but her mother had remarried; and she lived quite amicably with her mother and step-father in Lowndes Square; spending  as much of her time as she could in the  laboratory that she had carefully set up in the attic.

It wasn’t really what Ursula’s mother wanted for her daughter – she was a busy socialite who loved clothes, flowers and romance – but she loved her only child, she accepted that she had interests that completely confounded her, she wanted her to be happy and so she did what she could to help her pursue her interests; though she still hoped that Ursula would meet a nice young man, fall in love, marry, have children ….

The daughter understood the mother, she appreciated what she was going for her, and she loved her for it. The relationship between the two of them – women of quite different generations – was quite beautifully drawn; and it has become one of my favourite literary mother-daughter relationships.

As I read I was to find that Edith Ayrton Zangwill was very good indeed at people, and at their interactions and relationships. Her characters were real fallible human beings, who changed with time and experience, and who might be seen in different lights at different points in the story.

The story telling was engaging and accessible, with a lovely style that made me think that the author was speaking of people, places and events that she knew well and hoped that others would understand and appreciate. 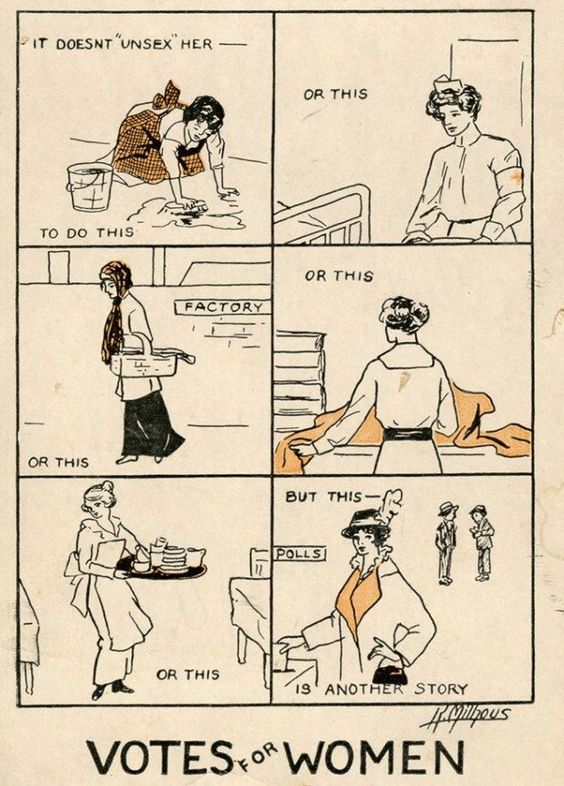 Studying at university wasn’t an option for Ursula, but she attended scientific meetings, and when she thought she had something to contribute she put forward her ideas. Sadly they were not taken seriously, because she was a woman. Just one man – Professor Smee – took her seriously and he did what he could to help her speak and be heard.

‘I think you are very chivalrous,’ Ursula said suddenly. ‘That is the only chivalry women want nowadays, to be given equal opportunity.’

Professor Smee was middle-aged, he was less than happy with his home life, and  he was utterly smitten with Ursula; something that she completely failed to recognise. Her mother noticed, and thought that she might do a little match-making. When she realised that the professor was married already she was undaunted and decided to make a friend of Mrs Smee. That went badly because Mrs Smee misinterpreted her interest and she misinterpreted the reasons for that lady’s response to her visit.

Edith Ayrton Zangwill handled this unhappy comedy of errors beautifully; and it is a lovely reminder that ordinary life goes on, even at times of social upheaval and change.

Ursula was aware of The Women’s Social and Political Union (WSPU), a militant,women-only political movement campaigning for women’s suffrage in the United Kingdom. Its membership was known for civil disobedience and direct action; heckling politicians, holding demonstrations, breaking windows of government buildings, setting fire to post boxes; and being imprisoned, going on hunger strike and enduring force-feeding.

She was interested in the women at the centre of the movement, she admired the strength of their convictions and their willingness to act; but she disapproved of much of their behaviour and she thought that if women were taken seriously by men and given the freedom to pursue their own ambitions whether or not they had the vote was immaterial.

Ursula met and falls in love with a young man, a man from a respectable, well-to-do family, who would go on to work  for the civil service. Her mother was delighted.

Then something happened to change her mind about the WSPU.

Ursula pulled an old woman in danger if drowning from in the Thames, only for the police to arrest the woman for attempting suicide. She went to the old woman’s trial, hoping that she would be able to help the her, and while she was waiting she followed trials for prostitution and for sexual assault. She saw a side of life that she hadn’t known existed and she was shocked to the core.

Was it only this morning? Then the world had been a clean and pleasant place of healthy men and women. Now it had become rotten, crawling with obscene abomination. These suffragettes talked as if the vote would help! If people were so vile and bestial, nothing could help, nothing! It was all horrible. She did not want to live. Science was dead, futile. Everything was tainted- even Tony

Looking to do something – anything – to help led Ursula to the women of WSPU. She learned more about their objectives, more about why they acted as they did, and in time their cause became hers. She threw herself into that cause whole-heartedly, risking her physical and mental health, and testing her family’s patience to breaking point.

Tony had been posted to India, and she wrote to him, quite sure that he would understand her cause. When he replied it was clear that he disapproved strongly, and she was torn between the call of her cause and the call of her heart.

Then war broke out, and Ursula had to decide whether she would serve her country better by continuing to campaign for social justice or by returning to work on something that might help soldiers at the front or men grievously injured there.

The reporting of the words of the members of WSPU is eloquent and the accounts of their activities – and their consequences told are vivid, unsparing, and feel utterly real.

Edith Ayrton Zangwill was one of those members.

The story of the war years is equally powerful, and spoke about the position of women in society in a very different way; and it brought together the stories of the calls of science, cause and heart very effectively.

I couldn’t think how this story could ever be wrapped up, but it was wrapped up perfectly in a wonderfully dramatic and emotional conclusion.

It’s an story of a fascinating era; and of a lovely heroine who learns so much and gives so much; and of the lives she touches.

The mixture of human drama and social history is perfect.