This is Vita Sackville’s West’s last novel, and it is everything that a last novel should be. It speaks of a life drawing to a close, it is elegiac and it is haunting.

Edmund Carr was a journalist, who had risen from humble beginnings to become a political columnist for a leading newspaper, and to enjoy a comfortable lifestyle and move in elevated social circles. When his doctor told him that he only had a few months to live, and that the end would come suddenly and with little pain, he decided to take extended leave and travel on the same cruise ship as Laura Drysdale.

She was war widow, she moved in the same social circles as him, and he had come to care about very deeply. He had not – and would not – speak to her, or to anyone else, about his feelings, or about his illness. He simply wanted to spend as much of the time that he had left as he could in her company.

The story is told by Edmund, and it reads as in internal monologue, but it is in fact his journal, discovered after his death; with the letter he had obtained from his doctor setting out the facts of his medical condition, in the hope that there would be no confusion or misunderstanding of he was taken ill. 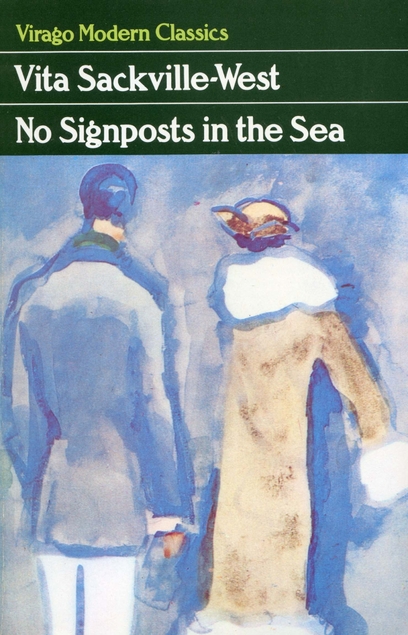 The characterisation was pitch perfect, the voice always rang true, and the author’s choice to tell the story this way was entirely right.

As the ship sails towards warmer climes, Edward settles contentedly into life on board and, as there are only a few other first class passengers, he and Laura fall quite naturally into each other’s company. If she remembered had any idea why her friend had decided to take the same trip that she had spoken about, she gave no indication; but as Edmund spent more time with her his feelings for her deepened. He continued to keep his own counsel, but he began to think about how different his life might had he given less attention to his work and more to the pleasures of society and the possibility of love.

Edmund’s equilibrium was disturbed when he sensed that another man might have a romantic interest in Laura. He and Colonel Dalrymple had been on friendly terms, but seeing him in her company made him terribly jealous, and he struggled to cope with his feelings and feared that he would say or do something that would give away his feelings.

Good manners, and well-bred English reticence prevail, and the friendship between Edmund and Laura endures. The watch the sun setting from the deck, they dine together on an island visit, and they watch a lightning storm from her private balcony in the early hours. And as they talk he learns much more about her. She knew little of life outside her own class and milieu, and yet she had nursed in the war and she had worked with the French resistance.

There is little more that that to tie this story to a particular point in history, and not a great deal to tie it to a particular part of the world. The weather is warm, and a string of islands slips by to mark the passing of time, but no more than that was needed.

I want my fill of beauty before I go. Geographically I do not care and scarcely know where I am. There are no signposts in the sea.

The conversations that make up a large part of this book are beautifully realised, and they say much about the characters and much about the author who created them.

The writing is lovely and wonderfully evocative, so that reading really felt like being on that voyage and seeing all of the sights; with the leisurely progress of the boat perfectly matched by the slowly unfurling narrative.

It was such a pity that some prejudicial attitudes towards other cultures and classes caused quite unnecessary turbulence. In books from earlier periods I could accept them as being of their age, but not in a book from the sixties and in this story.

But the story and the characters will stay with me.

It is a simple story, informed by the author’s own travels, published just a year before her death and surely written at a time when she had to consider her own mortality;  and the portrayal of Edmund’s realisation of his feelings, and of his resolve to not tie Laura to a dying man, is done with delicacy and with grace.

The resolution of the story is perfectly judged; and the right ending to a short novel – and a writing career – that says everything the needed to be said.