I’ve always loved putting together collections of Virago cover art, and I thought it was time to put together another.

There really are so many lovely artworks to see.

The covers are lovely, but the paintings come alive when they are released from their green frames. I’ve learned that often images have had to be cropped, and that sometimes that have been re-coloured, or altered a little in some other way to fit that frame. That may be the best way to make a good cover for a book, but it shouldn’t be the only way we see the work of these artists.

There is not theme this time, I have simply chosen the artworks that caught my eye when I looked around the exhibits that haven’t been put on show yet.

I hope that you will enjoy looking at them.

This is one of my favourite cover paintings

‘The Red Feather’ by Augustus John

Sukey is an orphan, in service, the lowest of the low. It is 1873, and in her first position as a servant-girl on a farm in the Essex Marshes, she meets Eric–gentle, simple, a ‘holy fool’. The lovers are parted by Eric’s rich mother, ashamed of her idiot son. But nothing can deter Sukey. Only Queen Victoria, she feels, can help, so she sets off to see her. Extraordinary things happen on this heroic journey, but Sukey’s simple love and courage carry her to final victory–reunion with her beloved Eric and love triumphant. 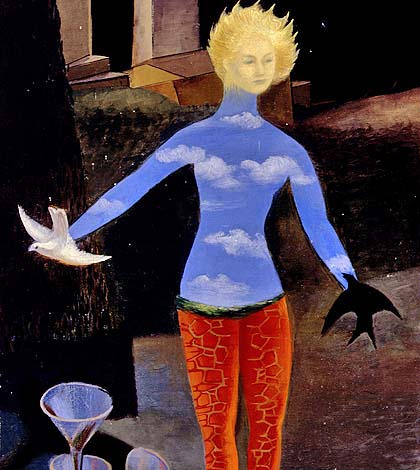 Blue Skies – The Tasmanian sun flashes upon weather-boarded houses and a holiday-brochure beach. Early-morning hoovering gives way to empty afternoons when the clock always says three and women and children huddle together in steaming heaps by the sea. But this stagnation will be shattered – by incest, suicide and murder. ‘A born writer with a style and an elan which are all her own’ – Auberon Waugh.

Jack and Jill – While Douggie is away, his wife dies; his grief-slimed and hungry young daughter Jill gives a kookaburra laugh on his return four days later. Thereafter, they live hand-to-mouth amidst the dogs, dust and flies of the New South Wales outback. Then Jack arrives on their doorstep. Like the nursery rhyme, it is the start of no ordinary romance. ‘It’s ferociously funny to the end. Immensely stimulating, like a small dose of strychnine’. – The Times

‘Portrait of a Village Woman’ by George Clausen

This lyrical autobiographical novel tells the story of Marie Rogers, born into harsh rural poverty in northern Missouri at the end of the last century. Hers is a family nurtured in poverty-her father a charming but shiftless itinerant worker, her mother undernourished and overworked. In a world where the choices for a woman are marriage or prostitution, Marie is fiercely determined to choose neither. Struggling to educate herself, haunted by the family she leaves behind, Marie’s restless nature cannot reconcile sexual desire with love and comradeship. Marriage ends in divorce, political involvement in imprisonment, a passionate love affair in betrayal. But through all this Marie finds herself-the past conquered, a new future ahead. 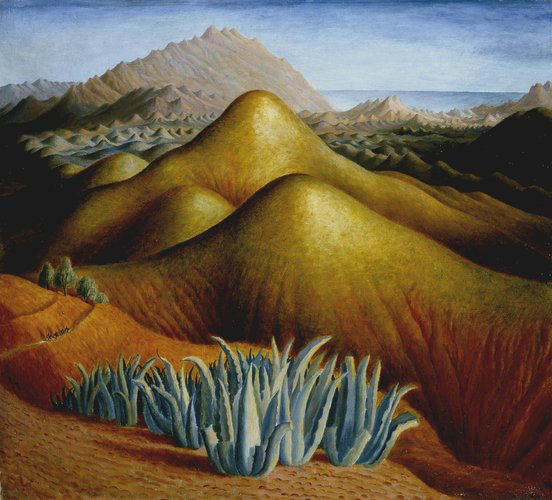 Mandoa is a small African state: at its head a Virgin Princess, conceiving (immaculately) further princesses. The old traditions remain undisturbed until Mandoa’s Lord High Chamberlain, Safi Talal, visits Addis Ababa. There he discovers baths and cocktail shakers, motor cars and the cutlery from Sheffield, telephones and handkerchiefs. In short, he has seen an apocalyptic vision – a new heaven and a new earth.

Meanwhile in England it is 1931. Maurice Durrant, youngest director of Prince’s Tours Limited, has won North Donnington for the Conservatives. His socialist brother Bill is unemployed and their friend Jean Stanbury loses her job on “The Byeword”, a radical weekly paper. How all three, and others too, find themselves in Mandoa for the wedding of the Royal Princess to her Arch-archbishop is hilariously told in this wonderful satirical novel, first published in 1933.

It is New York City, 1944. Leaving a broken marriage, Lutie Johnson and nine-yer-old Bub, move to a rundown tenement in 116th Street, where the heavy sour smell of garbage lingers in its dingy airless rooms. Determined to make a proper home for her son, she struggles to earn money, singing in a nightclub. But Lutie is Black, and ‘too good-looking to be decent’ and slowly she becomes trapped in a vicious network of corruption. This powerful story of the ghetto nightmare of Harlem, by an important exponent of the Richard Wright school of protest fiction, was first published in 1946.

A bestseller from the 1920s

‘The Constant Nymph’ by Margaret Kennedy (#121)

Teresa is the daughter of a brilliant bohemian composer, Albert Sanger, who with his “Circus” of precocious children, slovenly mistress, and assorted hangers-on lives in a rambling chalet high in the Austrian Alps. Thin, childish, green-eyed, with an indomitably eccentric taste in clothes, Teresa is “unbalanced, untaught and fatally warm-hearted”. At fourteen she has already fallen in love with Lewis Dodd, a gifted composer like her father. Confidently she awaits maturity (and Lewis). But this longed-for destiny is shattered by her father’s sudden death: Lewis is drawn away by Tessa’s beautiful cousin Florence. However, neither his marriage nor Tessa’s exile to an English boarding school can break the spell the gods have placed on Lewis and his nymph. Tessa remains constant, her splendid heart all too ready for the rewards that love so inevitably brings.

A very good match of author and image, I think

Hazel Woodus is a creature of the wild. Daughter of a Welsh gypsy and a beekeeper, she is happiest living in her forest cottage in the remote Shropshire hills, where she is at one with the winds and the seasons, and protector and friend of the wild animals she loves. Like Tess of the D’Urbervilles, Hazel Woodus has a beauty and innocence hat is an irresistible magnet to men. Edward Marston, the gentle local minister, offers her human companionship and love. Jack Reddin, the local squire, awakens her to the deeper, more physical elements of human nature. Blinded by passion, both of these men fail to comprehend Hazel’s essence. Like any natural being, she cannot be harnessed; her dark fate unfolds relentlessly.

That’s the last painting in this little exhibition, but I have others in mind for another show.

Do let me know if you have any particular favourite cover paintings, or any suggestions for future exhibitions.

7 thoughts on “A Walk around the Virago Art Gallery”