Eve Chase has a gift for spinning stories, bringing characters to life, and making glorious houses live and breathe.

This book begins with a report of the discovery of a body deep in a forest, and then comes the house.

Behind a tall rusting gate, Foxcote manor erupts from the undergrowth, as if a geological heave has lifted it from the woodland floor. A wrecked beauty, the old house’s mullioned windows blink drunkenly, in the stippled evening sunlight. Colossal trees overhang a sweep of red-tiled roof that sags in the middle, like a snapped spine, so the chimney’s tilt at odd angles. Ivy suckers up the timber and brick-gabled facade, dense, bristling, alive with dozens of tiny darting birds, a billowing veil of bees …

That house is the focus of three entwined narratives, two from the past and one from the presents, telling a story of mothers and daughters, of love and loss, and of history and its consequences.

Rita came to Foxcote, that wonderful country home, as the nanny of two children whose family who had just suffered a terrible trauma. She wasn’t entirely happy about that, as becoming a nanny to a wealthy family in London had been her dream job, but she loved her charges and she know that they needed her, more than every now that their mother was mentally frail. 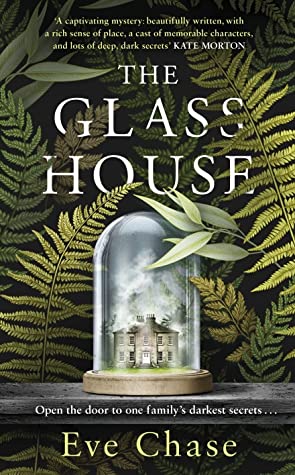 She was a city girl but she came to love the country.

The father of the family had to stay in London, his request that she send him regular reports made her uncomfortable, and what was happening to his wife and children – especially when one particular person visited – gave her serious cause for conccern.

Another voice from the past filled out the story, speaking of things that Sylvie didn’t see or know.

Years later, Sylvie was making plans to leave her husband. They were calling it a trial separation, but she knew that they had drifted apart and that it was time for a permanent change.

She felt positive about the future, but her plans had to be put on hold when a terrible accident left her usually bright and active mother in a comma. Her daughter’s reaction to that was not what she expected, Sylvie suspected that something was very wrong, because that had always been very close and they always talked about anything and everything.

I was captivated by both stories, past and present. Because the characters and relationships were so beautifully drawn that they lived and breathed, that they drew me in and made me care and want to know what would happen. Because the writing was so rich and evocative that the I felt that I really knew the times and places that the story visited.

At first there was nothing to indicate what would tie the stories together, but hints and facts were dropped in a way that was quite perfectly judged, until I knew and understood everything.

I wish that I could stop there, but I can’t.

The early chapters were perfect, but as time went on I worried that two serious incidents in the story set in the past would be difficult to resolve. The plot, beautifully constructed though it was, took the lustre from the characters and the relationships. They needed space to shine, but they were weighed down and stretched too far by an excess of story.

I was able to keep faith for most of the book, but I found that in the later chapters I couldn’t help feeling that the author spoilt her own story by trying to account for everything and everyone, and by tying the story set it the past and the story set in the present together much, much too tightly.

That is why, though I found much to love in this book, though it never lost its hold on me, I couldn’t love it as much as I hoped I would, or as much as I loved Eve Chase’s last book.

I hope that this wasn’t a sign that the author isn’t running out of ideas for this type or book, that she isn’t trapped in a niche or under pressure to come up with new ideas to quickly. I hope that this is just a mis-step.

Maybe it was the literary equivalent of an artist who doesn’t know when to put her brush down. I say that because I love the pictures that this book painted, but I need to stand back and not look too closely at some of the details.